Equity, Diversity & Inclusion: The Learning Must be Ongoing

TeleTeachers recently held a webinar entitled A Path to Equity, in which we spoke with two school leaders on the very pertinent topics of equity, diversity and inclusion. Our goal in holding this webinar was to not only explore what these ideas mean to real school leaders, but also to try and shed light on how they introduced equitable practices into school communities that previously lacked such practices. Take a walk down this path to equity with us.

A Path to Diversity

Dr. Elizabeth Washington is the Director of Special Services at Waynesville School District RE 6 in Waynesville, Missouri. Dr. Washington has been a special education administrator for the past 12 years, as well as a diversity officer. She admits not having any direct diversity training, but identifies as a multiracial person with a diverse family and a diverse student population. Tasked as a Diversity Officer, Dr. Washington says Waynesville started their equity journey about a year ago.The first step was doing research, so Dr. Washington located and consulted resources such as nearby universities and local diversity officers in order to develop a diversity plan.

“I think it’s important for any district, as you look to putting diversity training into place, to do your research and have a good plan in place before going forward,” she says.

That plan included implementing a diversity committee to drive processes, and on the committee are district administrators, community members and parents. The committee looks at their implementation goals for the year, then each committee member looks at what accomplishing those goals means at their level. Sharing ideas and practices and keeping each other on track is what makes the committee work.

Also included in the comprehensive school improvement plan is a focus on equitable classrooms across the district. Training teachers in equitable practices and checking implicit biases at the door is a big priority. Dr. Washington says that “even the most well-intentioned person might have biases without even knowing it”, and that taking the Implicit Associations test may help to make educators aware of these biases. She says once you tap into them, only then can you ensure that your unconscious biases won’t get in the way of your conscious behavior. And then diversity training and inclusive practices can really be learned and adopted.

A Path to Inclusion

Jamie Sheldahl is the Superintendent of Yuma Elementary School District One in Yuma, Arizona. Jamie has enjoyed a 34 year career in Yuma, spanning from teacher to principal to superintendent. He is committed to including students with special needs with their typical peers to the greatest extent possible. His district focuses on educating the whole child, emphasizing art, music and PE, including a strong unified sports program, in an inclusive environment. But it wasn’t always that way. Jamie says in 1987 when he was teaching high school, special education was more about a place and a group of people who taught in that place. The inclusion was lacking, and unless the student had speech and language needs, the students with behavioral and other significant disabilities were placed at a different school.

“It was the unwritten and unspoken rule that when students that were significantly impacted were identified, they were placed somewhere else. And I didn’t think a whole lot about it. It was just the way things were done,” he admits.

A few years later, Jamie was working as an assistant superintendent at a school with magnet programs. He says that he was amazed at the professionalism of the teachers and staff, as well as the attitudes of the typical students on campus.

“I had never seen that kind of inclusion and the degree to which the typical peers were enriched by their interaction and involvement with the students with special needs. And it was just a real eye-opener for me.”

Jamie’s next position as the first principal at a brand new high school coincided with a new superintendent who had a strong belief in inclusion. And together they decided that their commitment would be, to the greatest extent possible, every student should be able to be served at their homeschool. They began to facilitate programs, staffing and support to carry out this mission of inclusion. And regardless of a student’s disability and almost without exception, those students were able to be served on their home campus and with the peers that lived in their neighborhood.

“I think that was a big development in my own personal journey and belief system. So when I became a superintendent, I had the benefit of that 29 year evolution in not only my own belief system, but my belief system being driven by the developments that we’ve made in education regarding serving our students with special needs,” says Jamie.

Both Jamie and Dr. Washington believe that although we may never get there entirely, we always need to be striving for equity. They emphasize making it a priority and ensuring that everyone in the school district has that mindset, current staff and new employees as well. The learning must be ongoing.

“There’s always going to be new groups or new ways that people are impacted. So we need to make sure that we’re constantly observant of that. And then we really look at one child at a time; we need to personalize learning to the greatest extent possible for every child. And if we can do that and reflect on that, then we’ll continue moving in the right direction,” says Jamie. 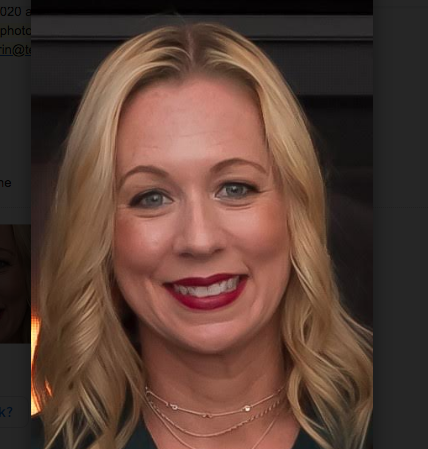